evanston: college town and so much more

Named after John Evans, one of the founders of Northwestern University and for which the city is well-known, Evanston sits idyllically on the shores of Lake Michigan. Though renowned for being home to one of the nation’s top universities, it has become far more than just a college town on the lake. The creation of a vibrant downtown was begun in the early 1980s and sparked by the addition of a major multi-use entertainment and residential project in 2000. Since then, retail and residential have blossomed there and sparked further developments throughout Evanston. A sleepy college town of the 20th century is now a thriving and exciting place to live in the 21st century, while still retaining its small-town charm.

The city’s boundaries are Chicago on its south end, McCormick Boulevard and Crawford Avenue on the west, Isabella Street on the north, and Lake Michigan on the east — with some minor exceptions. The Village of Skokie sits on its western border and the Village of Wilmette to its north. Occupying nearly eight square miles, the city’s downtown sits geographically in its center and thus creates a north and a south Evanston by its nature. The University is located immediately to the north of downtown Evanston, occupying over 200 acres along a beautiful Lake Michigan shoreline.

Originally, the area was part of the Ridgeville Township in the early 19th century, which incorporated a large portion of what is now Chicago’s north side. Not long after the University was established in 1851, the Township of Evanston was created and split off from Ridgeville Township. Following that, the town of Evanston was established in 1863 and incorporated as a city in 1892. The city enjoyed the notoriety of being a dry community until 1972, due in no small part to the fact that Northwestern University was founded by the Methodist Church — a strong proponent of temperance. In addition, in the late 19th century the city became the headquarters for the Women’s Christian Temperance Union, whose constitution called for "the entire prohibition of the manufacture and sale of intoxicating liquors as a beverage.”

Evanston is also known for its abundance of tree-lined streets, having been honored annually for over a quarter century by the Arbor Day Foundation as one of its “Tree City USA” designated places to live. The Chicago fire of 1871 encouraged many well-to-do residents, fearing another such calamity, to look north to build their spacious homes, for which Evanston is known for today. Over the past quarter century, the city’s population has remained around 75,000 people, making it more than just a suburb of Chicago. By the late 20th century, the city had become more than just a “bedroom community” for its larger neighbor to the south. Today, Evanston is a shopping and entertainment destination, not only for Chicago residents but also for the suburban north shore communities along Lake Michigan.

Located only 12 miles from Downtown Chicago, commuting to the “Big City” couldn’t be more convenient, given access to a variety of public transportation options, various bike routes, and close proximity to Chicago’s Lake Shore Drive. Commuting to the surrounding suburban communities is facilitated by a number of public transportation options as well. Both the CTA (Chicago Transit Authority) and Pace (suburban buses) operate in Evanston and Metra maintains three commuter rail stations across the city. Bikes from Divvy rental stations, located throughout Evanston, can be exchanged at all Chicago stations. Access to Lake Shore Drive is only a couple miles away for those choosing to drive into the city.

All but one of Evanston’s 13 primary public schools are rated “above average” by the nationally recognized “Great Schools” rankings. In addition, Evanston is home to a number of quality private schools such as Roycemore (Pre-K through 12th), Chiaravalle Montessori (Pre-K through 8th), and St. Athanasius and Pope John XXIII — both Catholic elementary schools. Finally, the city boasts one of the best high schools in the State of Illinois, Evanston Township High School, which has been repeatedly named by U.S. News and World Report as a "Best High School in America" and in 2016 selected a “Gold Medal” winner — ranked as the 13th out of 674 high schools in Illinois.

Though being next door to the cultural, culinary and entertainment mecca of Chicago is a huge advantage, there are abundant things to do in Evanston as well. The city is no wallflower when it comes to theater and music, boasting a variety of live stage performances and live music venues. In addition, there are numerous cultural events from plays to music that occur on the Northwestern University campus and are open to the public. The Evanston Symphony Orchestra is a renowned and often honored ensemble that performs year-round and one of the more popular music venues, Space, is a concert hall and venue for performances and live recordings. The city also sponsors a New Year’s Eve First Night celebration and a number of summer festivals and art fairs, such as the annual Lakefront Arts Festival.

The city’s location on the shores of Lake Michigan with its numerous parks and beaches as well as running and cycling trails, means a never-ending variety of opportunities to enjoy nature. Finally, one of the city’s best-kept secrets is the plethora of great restaurants in Evanston and a growing number of local breweries, which seem to be popping up everywhere. Restaurants like Prairie Moon, Pete Miller’s, Tapas Barcelona, and Campagnola offer some of the finest food to be found anywhere and breweries like Smylie Brothers and Temperance Beer Company, among a number of others, have developed a loyal following for their craft beers. The stronger spirits can be found at Few Spirits, a local distillery, and a craft winery is set to open in the Summer of 2017.

Though the cost of living in Evanston tends to be on the higher side, bargains can be found. The average monthly rent in Evanston in 2017 for a one-bedroom apartments was $1747 a month and $2420 for a two-bedroom apartment. However, apartments can be found at far below the average, as well. The median sales price of homes in the second quarter of 2017 was $335,000, though condominiums can be purchased for far less. Many of the shops and restaurants range from high-end to affordable Bohemian places to shop and dine and of course there’s no shortage of grocery stores in the area, making cooking at home a far more reasonable alternative.

is this place for you?

If it’s big city culture and amenities but small-town atmosphere that you’re looking for then look no further than Evanston. It’s ranked “extremely livable” by Area Vibes and it rates a “very walkable” score by Walk Score, meaning most errands can be accomplished on foot. Evanston is highly diverse community with a well-educated populace, suitable both for raising a family and for being single and looking for night life. Oh yes. There’s also that world-class university, which just happens to be in town. Want to learn more about Evanston and properties for sale and rent? Contact Worth Clark agent Don Gordon—our Evanston specialist and guru…

Bright and airy 3 bedroom 1 bathroom condo in the perfect location. Open concept living area is perfect for a large entertaining area or can double as a living room and o...

Charming and classy! You will instantly fall in love! This high first floor condo has the best green views in Evanston from all new top-quality windows. The living room...

Great floor plan and open space in this solid Hemphill Brick Ranch home! Here is a wonderful opportunity to live in a ranch home in a fabulous location. Excellent proximi...

SOPHISTICATED & SPACIOUS! This nicely upgraded, with one of the largest floor plans in the building, 1650 sf end unit condo has much to offer. An open floor plan with vie...

Wonderful boutique elevator building located right in the thick of things, but away from the crush. Hardwood floors in main living areas, ventless gas fireplace in living...

In the heart of downtown Evanston, step back in time to this incredible 3 + bedroom / 3 1/2 bath penthouse at the top of the sweeping double staircase of this 100 year-ol...

The data relating to real estate for sale on this website comes in part from the Broker Reciprocity program of Midwest Real Estate Data LLC. Real Estate listings held by brokerage firms other than our company are marked with the MRED Broker Reciprocity logo or the Broker Reciprocity thumbnail logo (the MRED logo) and detailed information about them includes the names of the listing brokers. Some properties which appear for sale on this website may subsequently have sold and may no longer be available. The accuracy of all information, regardless of source, including but not limited to square footages and lot sizes, is deemed reliable but not guaranteed and should be personally verified through personal inspection by and/or with the appropriate professionals. The information being provided is for consumers personal, non-commercial use and may not be used for any purpose other than to identify prospective properties consumers may be interested in purchasing.

Based on information submitted to the MRED as of . All data is obtained from various sources and has not been, and will not be, verified by broker or MRED. MRED supplied Open House information is subject to change without notice. All information should be independently reviewed and verified for accuracy. Properties may or may not be listed by the office/agent presenting the information.

NOTICE: Many homes contain recording devices, and buyers should be aware they may be recorded during a showing.

The Digital Millennium Copyright Act of 1998, 17 U.S.C. § 512 (the DMCA) provides recourse for copyright owners who believe that material appearing on the Internet infringes their rights under U.S. copyright law. If you believe in good faith that any content or material made available in connection with our website or services infringes your copyright, you (or your agent) may send us a notice requesting that the content or material be removed, or access to it blocked. Notices must be sent in writing by email to DMCAnotice@theMLSGRID.com.

The DMCA requires that your notice of alleged copyright infringement include the following information: (1) description of the copyrighted work that is the subject of claimed infringement; (2) description of the alleged infringing content and information sufficient to permit us to locate the content; (3) contact information for you, including your address, telephone number and email address; (4) a statement by you that you have a good faith belief that the content in the manner complained of is not authorized by the copyright owner, or its agent, or by the operation of any law; (5) a statement by you, signed under penalty of perjury, that the information in the notification is accurate and that you have the authority to enforce the copyrights that are claimed to be infringed; and (6) a physical or electronic signature of the copyright owner or a person authorized to act on the copyright owner’s behalf. Failure to include all of the above information may result in the delay of the processing of your complaint. 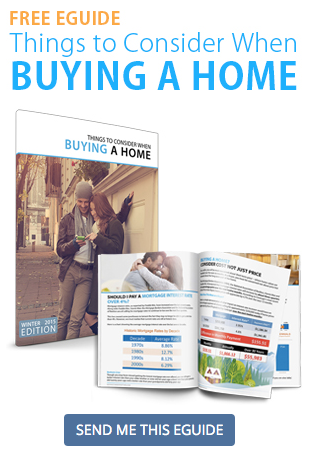 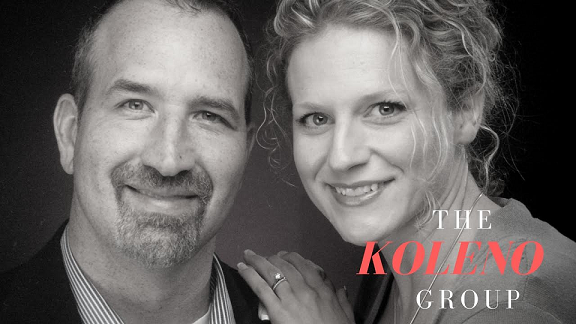 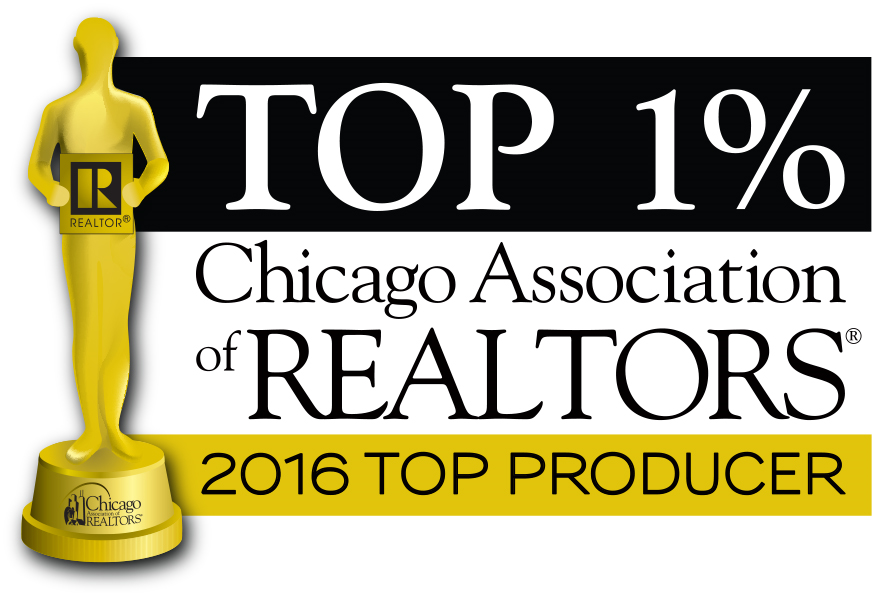